We like to read the in-depth research on a wide range of topics that can affect the economic health of our industry, since it is our firm’s primary specialty. In the years I have been at the helm, I find the reports published by the global banks to be informative, and usually spot-on. They have large departments of analysts and economic researchers tracking every single indicator and metric because they are managing and trading trillions of dollars in both clients’ and shareholders’ capital in real time, 24-hours-a-day, throughout the globe.

So it comes as no surprise that a couple of the very biggest banks have gotten past the headlines and opined on where inflation really is, and what the future holds. Geopolitical and economic uncertainties show no sign of abating, so can the Fed engineer a soft landing where both inflation and growth move closer to normal without a recession? Let’s look past the recent headlines at some of the real economic facts.

Inflation is certainly high: U.S. headline CPI hit 8.5 percent year-over-year in March, the fastest pace since 1981. The Cleveland Fed’s “trimmed mean,” which strips out price moves at both extremes, climbed above 6 percent for the first time since the series was launched almost four decades ago. But there are positive signs on inflation as well: pandemic-related price distortions are starting to fade, with some price rises reversing and supply challenges easing. But most importantly, wage increases are being accompanied by higher productivity and are therefore dampening the inflationary effect of more generous pay. So among the major banks, the collective view is that inflation in the U.S. may have peaked, and is likely to fall from current levels but remain above pre-pandemic ranges this year.

Yes, there are other headlines that have disappointed, but they are worth looking past. The U.S. first-quarter earnings season has brought some surprises on the downside from mega-cap companies, including Amazon and Netflix, which have weighed on investor sentiment. But they and others who reported poor first-quarter performance are outliers in contrast to the overall stock markets. At press time, with more than half of the S&P 500 having reported, the results and guidance relative to future earnings have been good. More than 70 percent of companies are beating sales estimates—and 80 percent are beating earnings estimates. Collectively, actual earnings are besting estimates by 5.5 percent, with weakness mostly in consumer segments reflecting a pullback after strong growth during the pandemic.

Looking ahead, management team guidance for the second quarter is holding up, and corporate profits are on track to grow roughly 10 percent on a nearly 12 percent sales growth, though there is concern for the potential effects of cost pressures on margins, continuing supply chain challenges, and geopolitical concerns on revenues. But the key here is that the S&P 500 consensus estimate from the big banks is unchanged since first-quarter earnings season began.

But while risks to growth have been increasing, the case remains there will be no recession over the coming 12 months, and our firm thinks it could be well beyond that time frame given the impact of the Infrastructure Investment and Jobs Act on our segment of the economy. Despite the initial estimate that first quarter GDP contracted at an annual pace of 1.4 percent, there are plenty of signs that the U.S. economy is in good shape. Net exports dragged GDP lower, but surging imports point to strong demand. The data showed that consumer spending and business investment, the main drivers of the economy, continue to grow. New jobs are being created, wages are rising, and household balance sheets are strong.

Most importantly, the major banks take all these positive metrics, as well as masterful management of the economy by the Fed, as signs that inflation is likely to fall from current levels, but will remain above pre-pandemic ranges this year and continuing to abate thereafter. This assures stability for the foreseeable future for our industry. 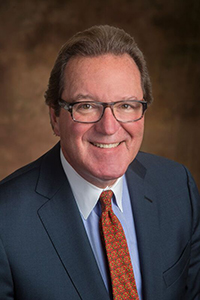