Stain-Proof Paver Enhancing Sealer is formulated to deliver color depth and long-lasting protection for a variety of concrete pavers, tiles or surfaces, plus terrazzo floors. It imparts rich color enhancement and water and liquid protection through a patented combination of silicone technology. The result is a long-lasting, penetrating oil and water repellent solution amplifying surfaces’ natural color. Additional Stain-Proof Paver… 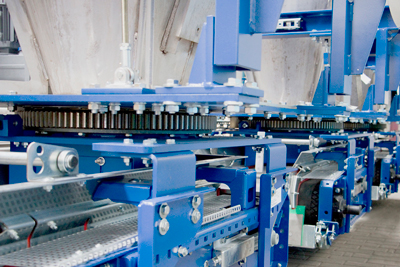 Multicolor systems enable the production of concrete pavers and block with varied colors on the face side. While practice has proven that three different colors will allow for a block with natural appearance, achieving and consistently replicating the precise target composition can be challenging.