ICPI-NCMA will be poised as a new information, education and promotion force in North American building and non-building markets. Among industry organizations, it will be unrivaled when measured by producer member shipment volume; engineering, market development, technical support and workforce deliverables; plus, policy and code arena impact.

An official July 1 Unification date allows ICPI and NCMA officers, directors and staff to firm up the agenda for their new group’s first major gathering the following month: the Mid-Year Meeting in San Diego. ICPI-NCMA Chair-Elect Matt Lynch (Oldcastle APG) aims to balance expectations and challenges on behalf of fellow members in each group.

“We have a lot of administrative and organizational matters to address during our first six months,” said Lynch. “ICPI and NCMA members and staff have invested in developing a unification plan over the past two years. More time and energy are required for the remainder of the year as we set the conditions for a successful outcome.”

He and the ICPI-NCMA Board will measure success by effective staff integration; a reconstituting of legacy committees, subcommittees and task forces around a new structure; and, stakeholders embracing an organization built on Awareness, Education, Certification, Technical Expertise, Advocacy and Community pillars. Upon unification, the ICPI team will begin to shift from a Chantilly, Va. office to NCMA’s nearby Herndon, Va. headquarters and lab.

“One of the main benefits of uniting the NCMA and ICPI is the integration of the people involved,” noted Lynch. “Here we have two independent, very successful groups that will now be better positioned to share knowledge, impact the construction industry, and support the overarching goal of market growth.”

Both boards approved Unification Committee-proposed terms, timetables and a new membership structure. A Unification Plan formalized recommendations and prompted a November 2021 vote in which ICPI and NCMA members approved the union by 81 percent and 97 percent, respectively.

“Steve Berry and Dave Carter earned high marks for leading the Unification Committee,” said Lynch. “They brought a lot of leadership experience from their roles at ICPI and NCMA to the table and have a good pulse on the membership of both groups.”

All committee members, he added, invested the time needed to thoroughly discuss the unification rationale with producers, associates, dealers and contractors/installers. The committee’s Unification Plan, moreover, positions ICPI-NCMA with the following structure:

“We need to make sure communications are effective and committees are well-grounded and supported,” observed Lynch. Unification preliminaries have been especially focused on the Hardscapes and Masonry Committees, he notes, adding: “There is real energy for both. Members are asking ‘What can we do to drive awareness and market growth?’”

Meanwhile, ICPI Executive Director Charles McGrath is retiring following a sterling 43-year career in association management, 24 of which were at the helm of ICPI. He effectively led a start-up industry and association through consistent growth to a point where annual concrete paver sales exceed 800 million square feet annually in the U.S. and Canada and the ICPI budget hovers $4 million.

Founded in 1918, NCMA is one of the oldest trade associations in North American construction and advances a method whose utility and economy have prevailed among builders, architects and owners from ancient times to the present. Outside of core gray and architectural block, the group has extended market development and technical support for SRW units and manufactured stone veneer—the latter owing to a 2013 assimilation of the Masonry Veneer Manufacturers Association.

An ICPI-NCMA Unification Plan recognizes a combined membership of operators representing tenured building and more recent hardscapes markets. Among leading objectives and principles, the plan stresses unification as “a marriage of equals” resulting in a producer-centric organization that preserves ICPI and NCMA cultures, maintains a balanced but flexible creative structure for resource allocation, and increases market opportunities across member categories.

CADET TO CHAIR-ELECT
ICPI-NCMA Charter Chair Matt Lynch, Senior Vice President of Retail for Atlanta-based Oldcastle APG, a CRH Company, is accustomed to strategic planning, leadership assignments and accountability. A graduate from The U.S. Military Academy at West Point, he joined Oldcastle APG in 2002 after working for five years in the HVAC business and six years on active duty as a U.S. Army field artillery officer.

“I have had the opportunity to lead diverse teams at Oldcastle APG in several large markets across the country and my experiences along the way have been substantial in understanding how cultural and professional nuances impact our business,” said Lynch.

Exposure to multiple building and hardscape markets and customers, along with Army tenure, provided Lynch with management skills, discipline and patience—all essential to his ICPI-NCMA Chair term.

“We anticipate efficiency in the new organization, but in the first year we will make sure things are set up properly and executed well,” he assured. “The timing is right for our groups to come together and benefit from shared experiences. Stepping into a new economy and 10 to 15-year construction cycle, we are very excited about the future.” 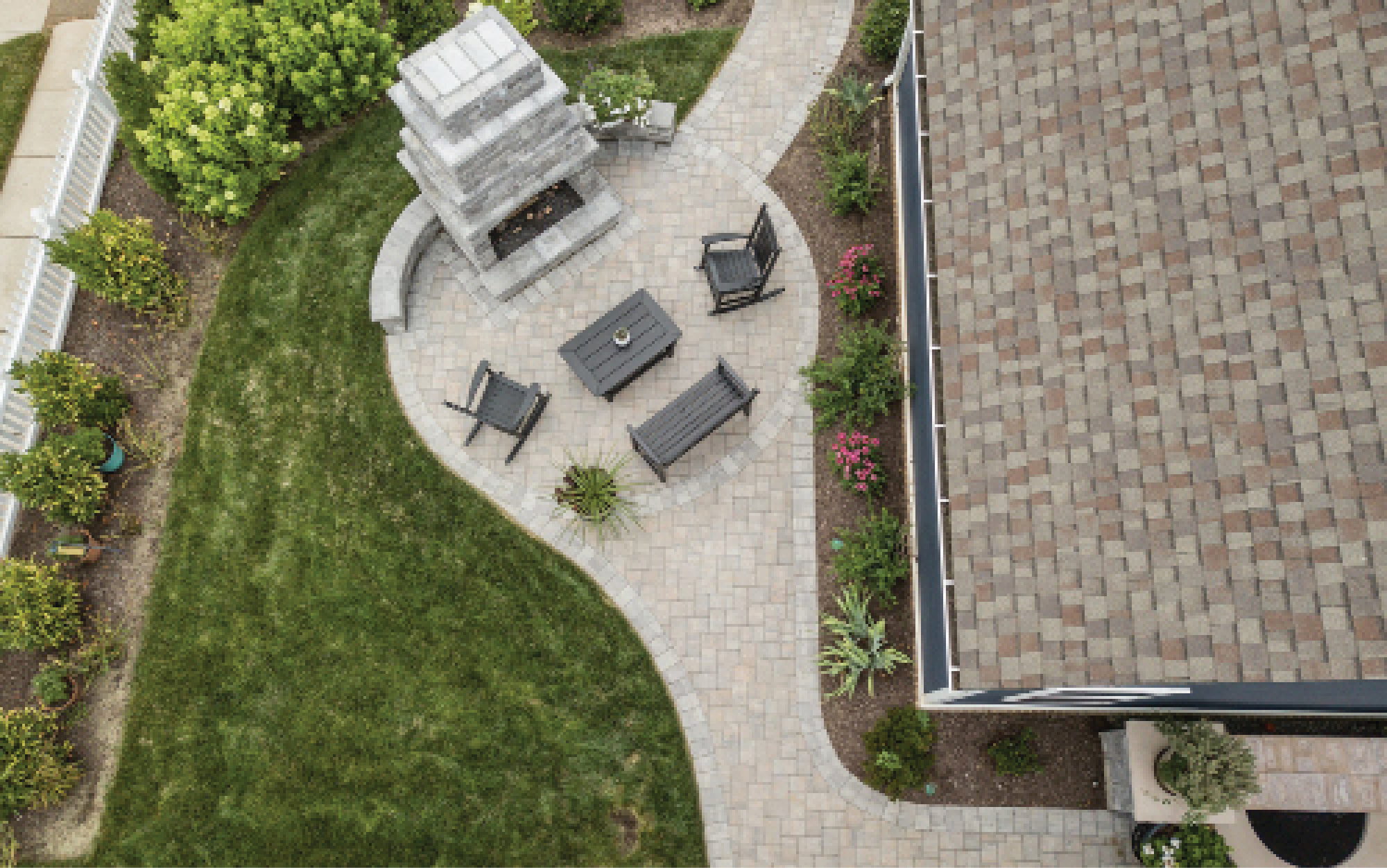