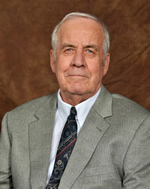 Hamilton Form Co. President William Daily was named a “Titan of the Industry” at the 2014 Precast/Prestressed Concrete Institute Convention in Washington, D.C. He joins an elite group of leaders who PCI credits with having a profound effect on industry advancement. The Institute named 50 charter Titans as part of its 50th anniversary observance in 2004.