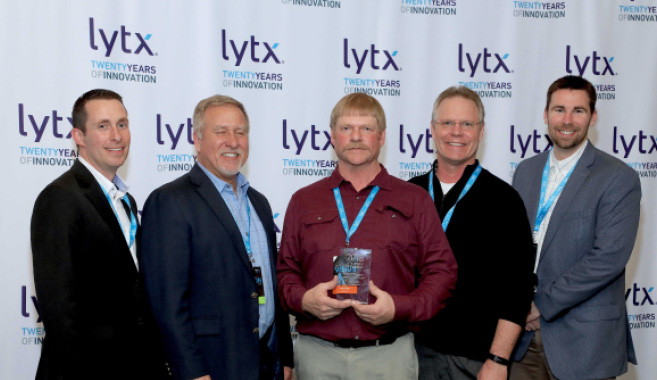 Video telematics specialist Lytx named Lafarge North America’s North Dakota-based bulk tanker ace Jack Weig its 2018 Driver of the Year, Private Trucking—one of six categories honoring DriveCam technology users. The award was presented during the Lytx User Group Conference in San Diego. Weig has earned an internal safe driving award 37 times, once for every year he’s been with Lafarge. Throughout his career, he has not logged a single at-fault accident, despite driving more than 3 million miles, and believes in acting as a courteous and professional ambassador for his company’s brand, on and off the road. Managers cite the personal ownership Weig takes in his role at the company, customers’ overall satisfaction, and fleet equipment.