Toggle, a startup using robotics and automation to optimize the fabrication and assembly of rebar, has raised $3 million in seed-funding to expand its team and further develop its robotics technology at its Brooklyn facility. Toggle’s goal is to double labor productivity and to increase overall production five times over traditional assembly methods for its customers in the construction industry. 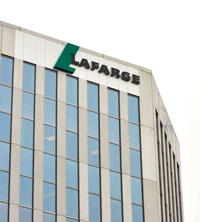 Growing demand in energy, infrastructure, commercial and residential markets is driving Lafarge Canada’s planned doubling of output capability at its Edmonton precast operation, enclosure groundbreaking and equipment delivery scheduled for 2014. An investment upward of $60 million will see the addition of plant automation technology, including robotics and full-scale computer-aided design and fabrication.