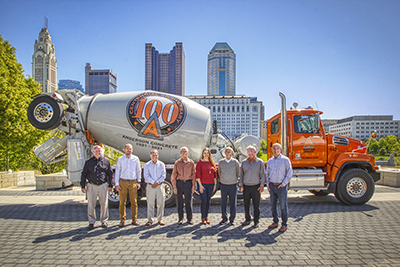 ANDERSON CONCRETE MARKS A CENTURY OF FAMILY, CUSTOMER COMMITMENT One of the Buckeye State’s oldest and largest ready mixed producers, Anderson Concrete Corp., is celebrating a century of being the backbone of infrastructure and development for Central Ohio. Part of an elite group of operators that have seen a continuity of leadership from one generation to the next, the producer…

A U.S. District Court judge has sentenced Chester L. Neal, Jr. of Bourbon Oak, Mo., to a 57-month jail term and ordered him to pay $3.735 million in restitution following a guilty plea to one count of mail fraud. Admissions in connection with the plea indicate a July 2008–December 2017 scheme during which the defendant landed contracts to purchase and transport rock, gravel and other raw materials to federal agency sites.