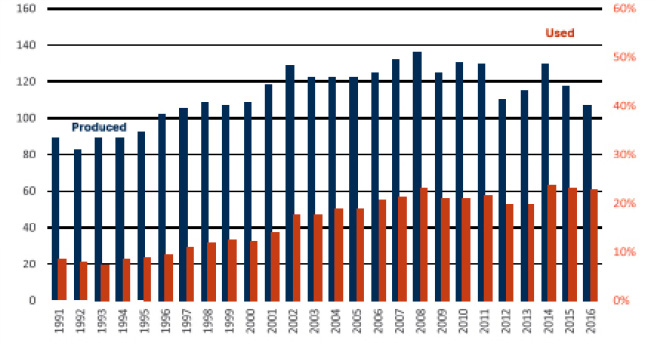 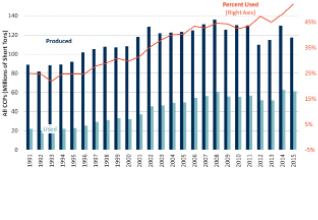 “We are pleased to report that 52 percent of coal combustion products were beneficially used in 2015—up from the previous year’s record of 48 percent. For the first time, we are using more of these valuable resources than we are throwing away,” reports American Coal Ash Association Executive Director Tom Adams, taking stock of the central metric in the group’s latest “Production and Use Survey.”

Coal ash recycling in the U.S. was off 4.7 million tons in 2012 against the prior year, according to the American Coal Ash Association (ACAA) “Production and Use Survey” released last month. Ash utilization has stalled after nearly a decade of growth of a practice that conserves energy and natural resources, reduces greenhouse gas emissions, and safely keeps ash out of landfills and disposal ponds.