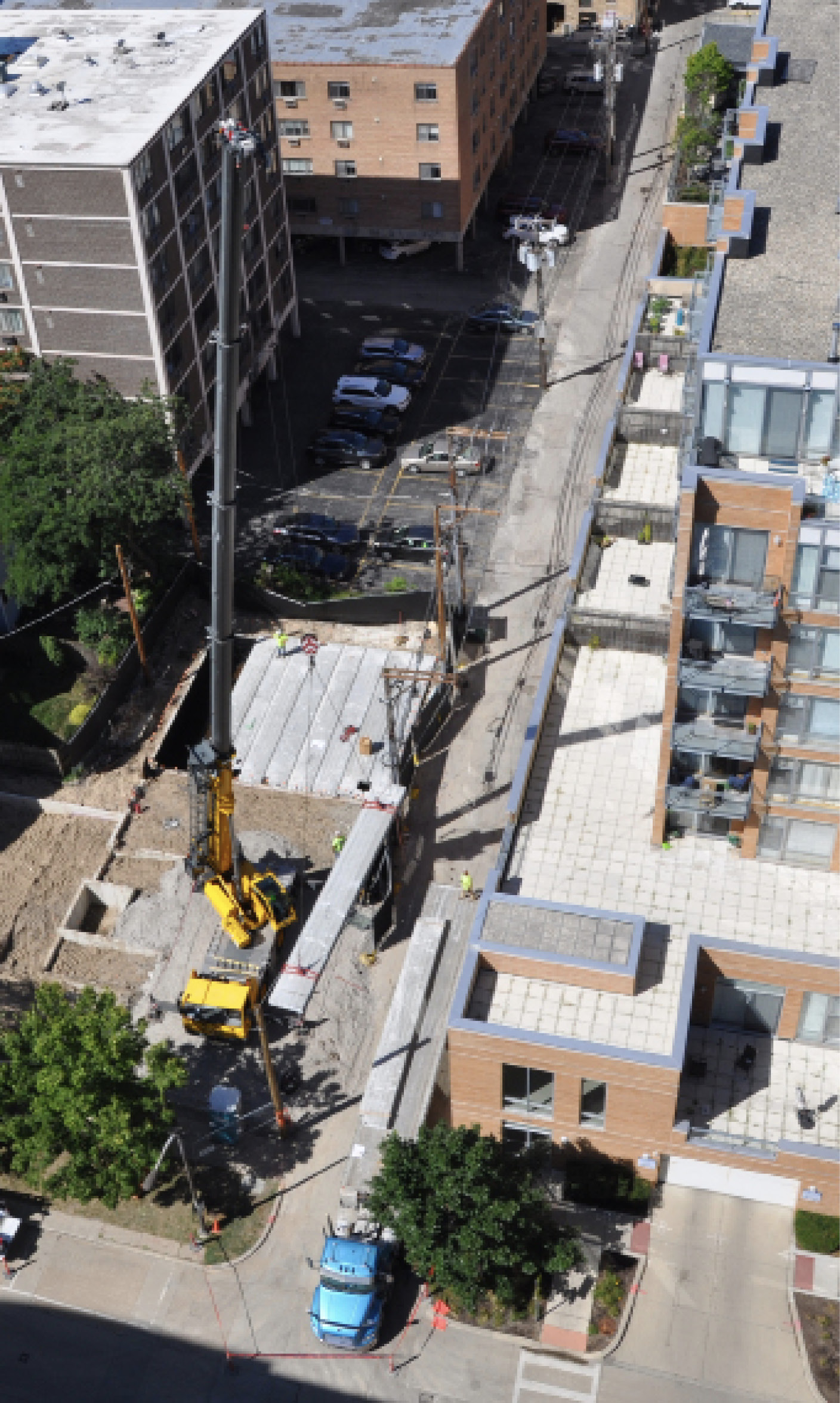 As we begin the new year, there are concerns surrounding the health of the economy and whether a recession is in the near future. Amongst the uncertainty, industry economists have revealed that the impact of high interest rates and inflation is already being felt within the construction sector.

“The Federal Reserve’s ongoing battle with inflation has raised concerns that a recession is imminent in the new year,” says Richard Branch, chief economist for Dodge Construction Network. “Regardless of the label, the economy is slated to significantly slow, unemployment will edge higher, and for parts of the construction sector it will feel like a recession.”

According to Dodge, the multifamily sector has been reaping the benefits of the affordability issues plaguing the single-family market, pushing demand for space up and vacancy rates down to record lows. The softening labor market and investment outlook will eat away at these gains in 2023. While the dollar value of multifamily starts will rise a scant 1 percent (-7 percent when adjusted for inflation), units will fall 9 percent to 723,000.

Nonbuilding/infrastructure projects, the forecast notes, will be supported by an infusion of public dollars through the IIJA. Public works starts will gain 18 percent in 2023 (+12 percent adjusted for inflation) led by gains in streets and bridge work, while the utility/gas category will gain 8 percent (+2 percent inflation-adjusted) as the extension of the investment and production tax credits in the IRA will lead to gains in utility-scale wind and solar projects.

Commercial starts will fall 3 percent in 2023 (-13 percent when adjusted for inflation) led by pullbacks in the warehouse and office sectors. Hotel and retail starts will post tepid growth in nominal dollars, but when adjusted for inflation will also slip; but the declines will not be as dramatic as in the office and warehouse markets. There is some positivity in the commercial space in 2023, though, as data center construction is expected to remain brisk.

Institutional starts, meanwhile, will hold steady in 2023 (-1 percent inflation-adjusted) as gains in healthcare offset losses elsewhere. Traditional education starts (classrooms) have languished as slow demographic growth eats away at overall demand, however, life science buildings have flourished and will continue to do so in the new year. Healthcare starts will be the engine of growth in the institutional sector as greater demand for both outpatient clinics and hospitals is on the rise.

Lastly, manufacturing starts have been robust since the pandemic as reshoring has led to numerous large facilities breaking ground. Manufacturing starts are expected to nearly triple in 2022, and while they will decline in 2023 the level of 2023 starts at $51 billion has not been seen since the beginning of Dodge’s historical starts time series in 1967. The CHIPS and IRA acts will support abnormally high levels of activity for years to come.

CEMENT CONSUMPTION DROPS
The Portland Cement Association fall forecast sees 2023 U.S. cement shipments to be off 3.5 percent against last year’s levels, which are trending nearly flat, or 0.3 percent above 2021 figures. This year stands to bring the first cement volume decline in 13 years, but sets the stage for a growth window with 2024-2027 shipments averaging 3.8 percent annual gains.

“Due to inflation and rising interest rates, economic growth is expected to remain sluggish through mid-2023, with unemployment reaching 4.7 percent,” says PCA Chief Economist Ed Sullivan. “Inflation is expected to remain high, leading to further monetary policy tightening through [2022] and into early next year.”

Residential market demand accounted for nearly 80 percent of the 4.2 percent cement consumption increase in 2021. Last year’s rising mortgage rates and double-digit home price gains weakened housing starts. On the heels of 15.2 percent and 9.5 percent year-over-year increases logged in 2020-21, the residential market is on track for 2.2 percent and 13 percent declines in 2022 and 2023.

While the 2023 transportation market benefits from Infrastructure Investment and Jobs Act funding, the law’s near-term effect will likely be modest given the time required between (FY 2022-2023) spending allocations and actual construction of concrete bridges, pavements and drainage structures. Greater IIJA funding impact and interest rate easing will spawn the modest recovery PCA sees beginning in 2024.