Timothy Cullen has joined the Precast/Prestressed Concrete Institute as director of Technical Activities, tasked with developing and disseminating the PCI Body of Knowledge necessary for designing, fabricating, and constructing precast concrete structures. Before joining PCI, he was vice president of Blue Ridge Design, a structural engineering consulting firm in Winchester, Va., and was previously a design engineer with High Concrete Group in Denver,Pa.

Among his PCI activities, Cullen has been a voting member on the Industry Handbook and Joint and Connection Design Committees, and a member of the Blue Ribbon Review Team for the Eighth Edition of the PCI Design Handbook: Precast and Prestressed Concrete. He holds a Bachelor of Science in Civil Engineering and Master of Science in Structural Engineering, both through Lehigh University in Pennsylvania. Cullen is also a licensed professional engineer in 14 states and Washington D.C.

The Seattle-based Northwest Cement Council has named Antara Choudhary a market development manager. She holds a bachelor of technology degree in Civil Engineering from the Indian Institute of Technology, Delhi; a master’s in Civil and Environmental Engineering from Stanford University; and, a doctorate in Civil and Construction Engineering from Oregon State University. Her doctoral studies focused on the impacts of portland cement heat of hydration, drying, shrinkage and flexural strength.

The National Academy of Engineering has elected Franz-Josef Ulm, professor of civil and environmental engineering at the Massachusetts Institute of Technology and faculty director of the MIT Concrete Sustainability Hub (CSHub), for contributions to nanoscale improvement of concrete and other materials and structures important for sustainable development of infrastructure and energy resources. Academy membership honors those who have made outstanding contributions to “engineering research, practice, or education, including, where appropriate, significant contributions to the engineering literature” and to “the pioneering of new and developing fields of technology, making major advancements in traditional fields of engineering, or developing/implementing innovative approaches to engineering education.”

Dr. Ulm helped establish the MIT CSHub and has served on its four-person Board since its inception. The MIT CSHub is co-funded by the RMC Research & Education Foundation and Portland Cement Association.

Skilled construction craft education and certification specialist NCCER has appointed Tim Taylor, P.E, Ph.D., to director of Research. He will oversee a department whose mission is to bring more awareness and prestige to construction craft careers by establishing NCCER as the source for research on the industry workforce. Taylor previously had a leadership role in an industry-driven research team led by NCCER and the Construction Industry Institute, resulting in publication of “Restoring the Dignity of Work: Transforming the U.S. Workforce Development System into a World Leader.” 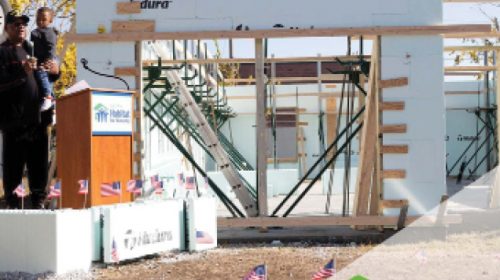 EUCLID CHEMICAL TAKES FIBER PROJECT AWARDS
Euclid Chemical took first place in the micro-synthetic and macro-synthetic categories of the Innovative Fiber Project of the Year Awards, announced at World of Concrete. In the former category, the company was recognized for supplying its PSI Fiberstrand micro-synthetic fiber for the 2021 New American Home project in Winter Park, Fla., built in conjunction with the International Builders’ Show in Orlando.

The Fiber Reinforced Concrete Association awards recognize distinguished projects that involve the specification and/or use of fibrous mixes by a contractor, architect, engineer, facility owner or precast producer. Along with micro- and macro-synthetic fibers, the program honors glass, natural and steel fiber categories entries.