A reinforced concrete pathway around the Bastia fortress in Corse-du-Sud, France, took home the top award in the seventh annual ACI Excellence in Concrete Construction Awards, which showcased dozens of innovative concrete projects from around the world.

Constructed at the foot of the Bastia fortress on the island of Corsica, the Aldilonda promenade is a sinuous path set into rock, giving pedestrians and cyclists access to 450 meters (1,480 feet) of coastline. It also connects the city’s north and south parts through a tunnel constructed using board-formed architectural concrete.

Entries for the 2022 ACI Excellence in Concrete Construction Awards are being accepted now through April 29, 2022. 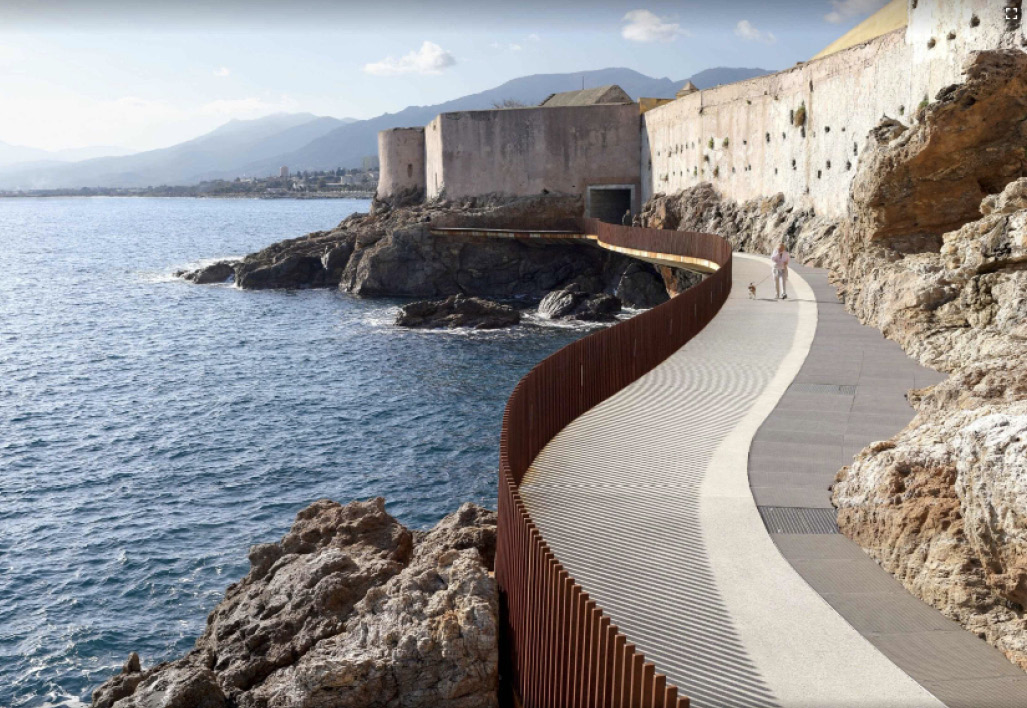