Without impacting prestressed double tee and structural component output, the producer announced in late 2019 a prioritizing of architectural product capacity and casting techniques at its flagship, which occupies a nearly mile-long, Denver, Pa. site just off the Pennsylvania Turnpike. Management outlined an $8 million capital investment plan, called Project Osprey, for architectural and structural casting lines—the former moving from a 360- x 120-ft. enclosure to the latter’s 600- x 120-ft. enclosure, and vice versa. The outlay would also see expansion and improvement of mix production capacity and delivery methods: A dedicated batch plant for each line plus crane and bucket mix delivery to replace three front discharge mixers previously serving the architectural line.

The peak of architectural and structural production line work overlapped pandemic response measures that ultimately had little effect on equipment relocation and batch plant construction. The Project Osprey label suits an undertaking of Seroky, an Army veteran who had a tour of duty in Iraq during the 1991 Desert Storm operation, and High Concrete Vice President of Operations Phoenix Rann, a West Point graduate.

The company’s vision for the architectural market, production flexibility and higher capacity parallel the V-22 Osprey combat aircraft, whose tiltrotor technology combines what Boeing Co. describes as “the vertical performance of a helicopter with the speed and range of a fixed-wing aircraft … filling an operational niche unlike any other aircraft.”

“This strategic initiative brings increased capacity and efficiencies for both of our plants. Project Osprey has enabled us to maintain our leadership role in structural precast, while successfully securing the lead architectural producer position in the Mid-Atlantic market,” says Seroky. “It proves a dual commitment to our longstanding heritage and to investing in technology that keeps High Concrete at the forefront of innovation in the precast market.” 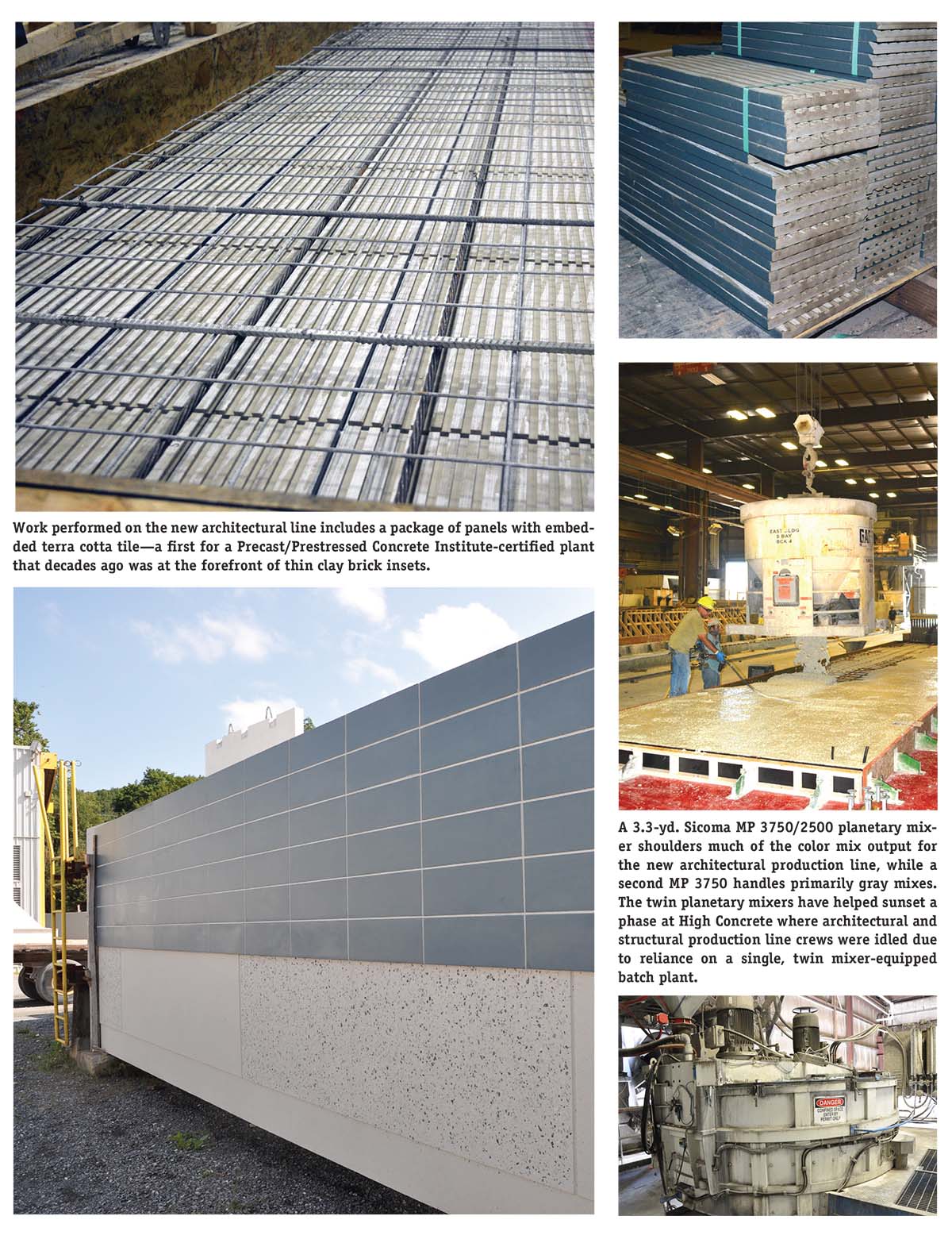 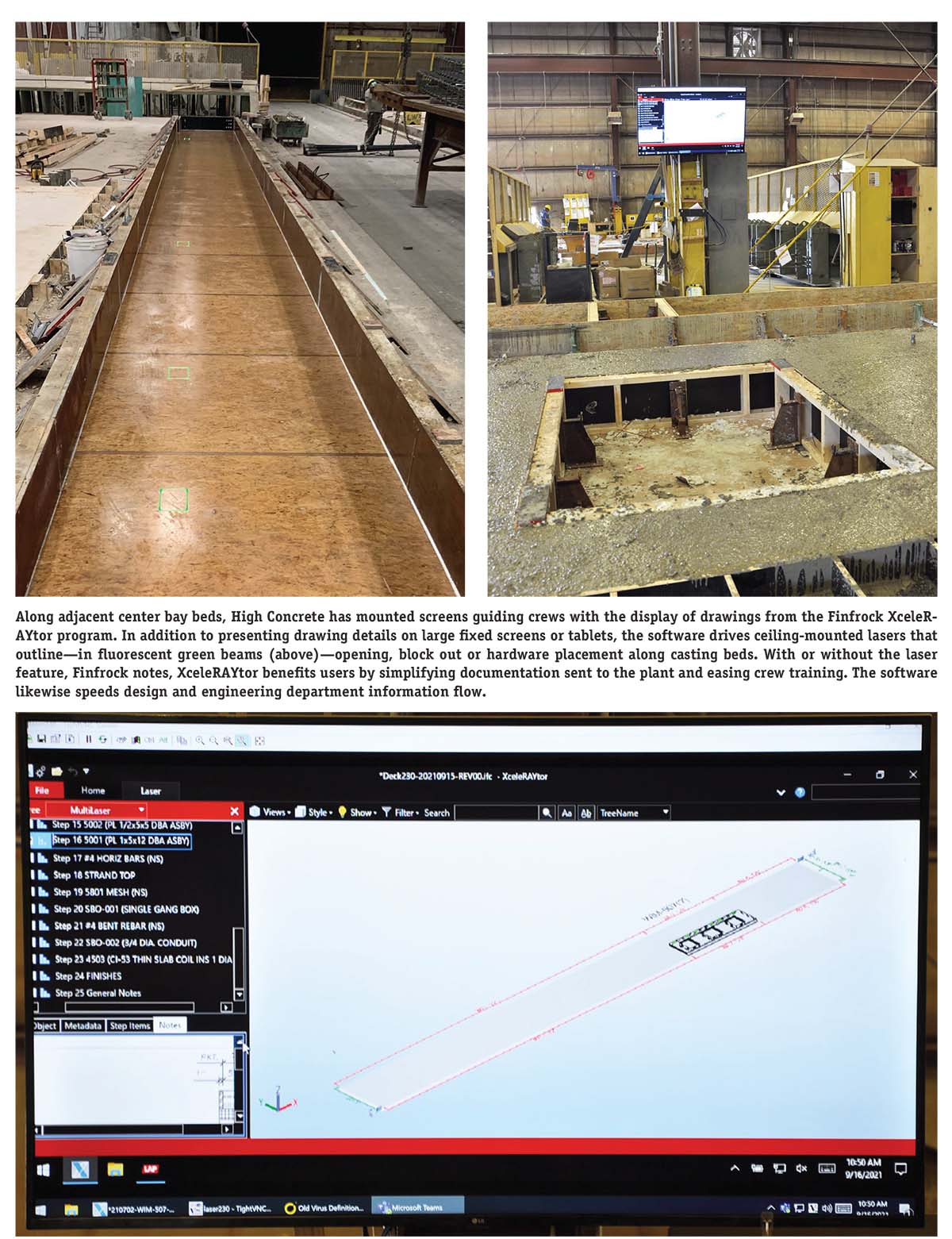 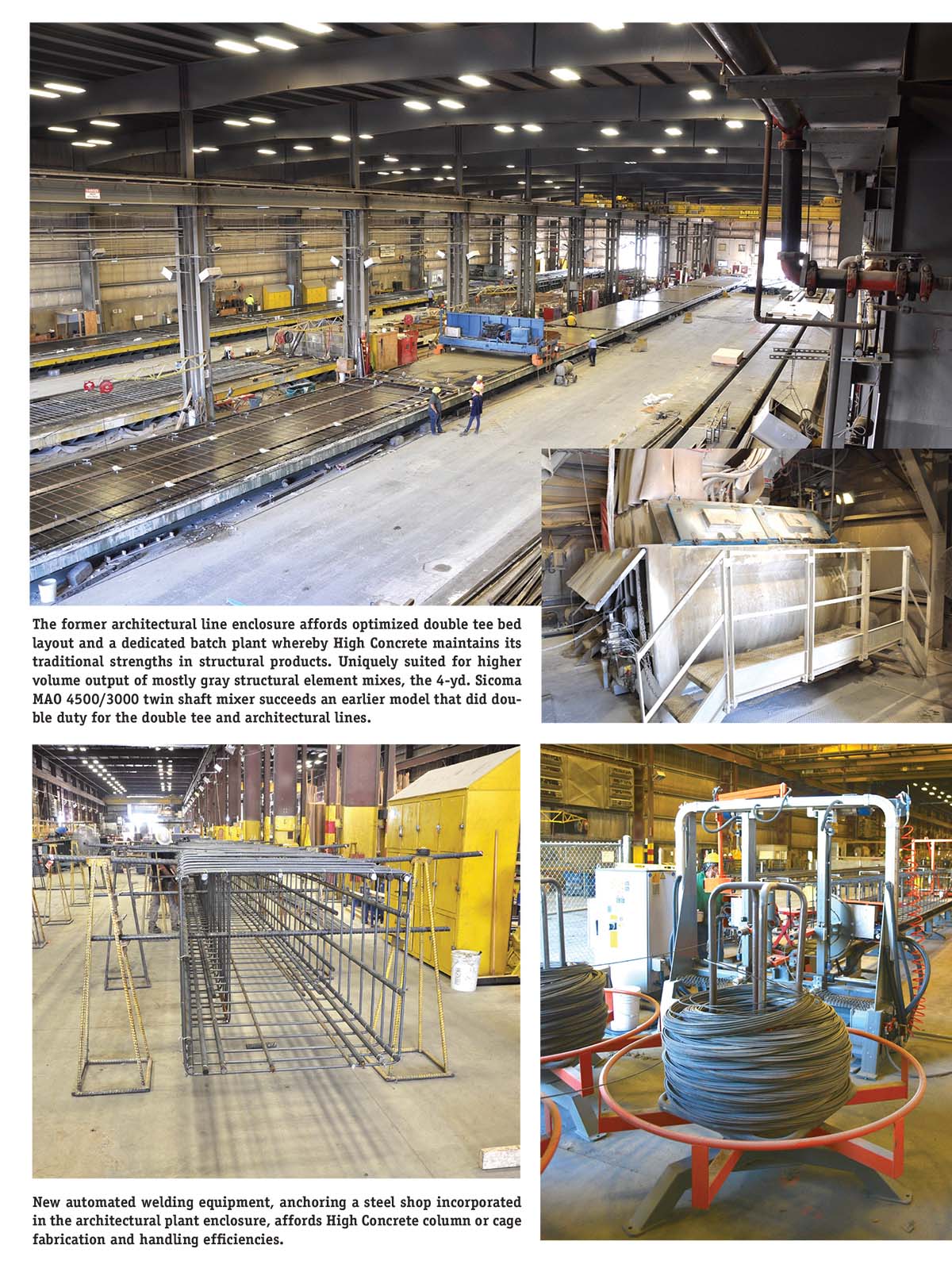 High Concrete factored new architectural plant certification criteria into Project Osprey line items. It oriented the architectural batch plant and curing around AA tolerances for color and surface consistency, starting with the use of moisture probes in aggregate bins and new mixers. “We have gone from using three mixer trucks and a batch plant with twin shaft mixer—shared with the structural production line—to a dedicated plant with two planetary mixers. The truck drivers have been reassigned to, and welcomed by, our fleet division,” explains Quality Control Manager Ryan Rosenberger, who transitioned to his present role from batch plant manager responsible for both architectural and structural lines.

“The two mixers and two 6-yard buckets allow crews to cast in multiple beds with different mixes and no concrete delivery bottlenecks,” he adds. “The planetary models have more robust mixing mechanisms than a twin shaft, which in colored mixes helps fracture and disperse our granulated pigments. The changeover has allowed us to reconfigure material handling and storage, and improve quality and repeatability. We now have up to 20 different aggregates for panel mix designs. The technology we use for batching, mixing and color systems is the best available for architectural precast.”

Project Osprey has added architectural line working area and new processes, topped by the adoption of laser projection software to increase bed layout efficiencies and drawings presented on mobile devices and/or large flatscreens. “All production beds are lined with ceiling-mounted lasers, and large monitors have been added for visual aid in production installation,” says Architectural Plant Manager Ryan Gehman, who climbed the High Concrete ranks after beginning his career as a production laborer. “Our curing system is being redesigned with an IoT platform, capable of automatically communicating with plant and facility systems. For example, there are wireless connections to casting beds with thermal couple relay signals, which alert the system to activate radiant heat fixtures running the length of the production bays. We’re also considering using this platform to manage our mechanical and electric systems, which would create a ‘smart building’.”

Production area transitions were completed without setting back architectural or structural schedules. The structural line switch entailed the move of 1,000 feet of double tee beds, along with new material handling to serve a batch plant with 4-yd. Sicoma twin shaft mixer. In the interim, High Concrete maintains concrete delivery to double tee and other structural product forms with a front discharge mixer truck. The batch plant mezzanine, however, is designed for installation of traveling buckets running on rails below the structural product bays’ overhead cranes.